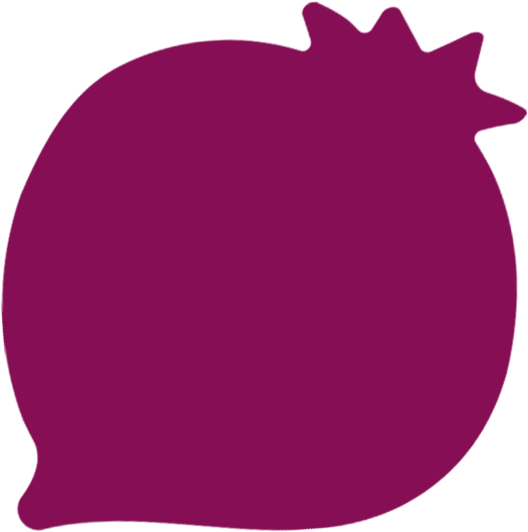 BEETS: TASTY & GOOD FOR YOU

WHAT’S NOT TO LOVE?

Beets contain the compound betaine which helps the liver to function. When the liver is functioning properly, the body is able to digest, absorb, and process food to detoxify chemicals and metabolize food.

In the 16th century, it was given as a “blood builder” to people who were pale and run down. At the time, doctors and patients may not have known why it was so efficacious, but health experts now know that the high iron content in raw beets can be helpful for people who suffer from anemia and fatigue.

The naturally occurring nitrates in beets are converted to nitric oxide in the body, which helps to relax blood vessels, increase blood flow, and reduce the amount of oxygen needed by muscles in exercise. This allows the muscles to work more efficiently using less oxygen, improving overall exercise tolerance and performance.

Folate, or folic acid, is a B vitamin that is crucial to the development of a baby’s spinal cord and can help prevent spinal cord defects. Women who are pregnant or trying to conceive can get nearly 70% of the Recommended Dietary Allowance (RDA) of folate from three baby beets. Cooked beets have lower levels of folate than raw beets, but are still a good source of the nutrients!

Since Roman times, beets have been viewed as an aphrodisiac. They contain high amounts of boron, which helps to increase the half-life, bioavailability and efficient use of sex hormones.

Beets are rich in potassium, antioxidants and phytochemicals, which help to protect against heart disease. Potassium helps muscles to contract, regulate the heartbeat, and prevent a build-up of plaque on the arteries. Beets also contain the antioxidant, beta-carotene, and the phytochemicals, flavonoids, both which help protect the body and decrease risk of cardiovascular disease.

Beets contain the naturally occurring mineral silica. Evidence suggests that silica helps with mineral balance in the bones and collagen formation to reduce the risk of osteoporosis.

NATURE’S VIAGRA
One of the earliest known benefits of the red beet is its use as an aphrodisiac during the Roman times. And it wasn’t all folklore, as it has been found to contain high amounts of boron, which helps to increase the efficiency of human sex hormones.
A GOOD MOOD FOOD
Beets contain betaine, a substance that has been found to help treat depression. Betaine works with SAMe, a compound often given as an antidepressant, to increase its efficiency and lower depressive symptoms.
DWIGHT KURT SCHRUTE III
From the hit TV series, “The Office,” Dwight is a devoted beet farmer. Living on his family’s 60-acre beet farm, in a nine bedroom, one bathroom farmhouse, Dwight sells his beets at a roadside “beat stand.” Don’t tell Dwight this, but we bet we could out-beet him!
ALKALINE OR ACIDIC
For some people, urine may turn pink or red after eating beets or beet juice, a concept known as beeturia. While beeturia is typically harmless, it can be a sign of a low stomach acid.
LOVE AT FIRST BITE
In Greek mythology, it is believed that if a man and a woman eat from the same beet, then they will fall in love.
HAIR CARE
If you boil beets in water and then massage the cooled down water into your scalp each night, it is said to be an effective cure for dandruff.
Out of this World
In 1975, during the Apollo-Soyuz Test Project, cosmonauts from the USSR’s Soyuz 19 welcomed the Apollo 18 astronauts by preparing a banquet of borscht (beet soup) in zero gravity.
Wonders of the World
Around 800 BC, an Assyrian text describes beets growing in the Hanging Gardens of Babylon, one of the wonders of the ancient world.
Turning Heads
Since the 16th century, beet juice has been used as a natural red dye. In 19th century England the Victorians used beets to dye their hair.
Bottoms Up
Did you know grapes aren't the only way to get your vino fix? It's true - Beets can be made into a wine that tastes similar to port.
Beet Burgers
In Australia, a true Oz-style burger must have a slice or two of beets or pickled beets. Even McDonalds and Burger King have had to toe the line and include it in their menus!
Traditional Symbol
Beets are a traditional food eaten at Rosh Hashanah, the Jewish New Year. Called selek in Hebrew, it’s similar to word sillek, which means “take away,” or “dismiss,” beets are symbolic of getting rid of evil in the new year.